Menu
Log in
Register
Install the app
You are using an out of date browser. It may not display this or other websites correctly.
You should upgrade or use an alternative browser.

The Clown Pleco Algae Fish is another beautiful and helpful aquarium fish. Also known as Peckoltia vittata, this fish is originally from South America and has a very peaceful disposition. They may fool you when they’re young as their colors haven’t developed yet, but once they reach maturity their magnificent markings will bloom.

These fish will not damage your plants, and will generally stay small. Perfect for tanks that are 10 gallons or larger, a good rule of thumb is stocking 1 of these fish per 5 gallons of water. Ideal tank mates include: Angels, Discus and other Cichlids, Tetras, Barbs, Danios, Rasboras, Gouramis, Rainbowfish, Livebearers, Loaches, other Plecos, and scavenger Catfish.

The Clown Pleco (Panaqolus Maccus) lives naturally in Venezuela in driftwood-entangled riverbanks. They have a beautiful, striped or wavy pattern that can range in coloration from white to bright orange on its typically dark body. Color can change on a number of factors, though, such as age, origin, mood, and diet. Clown pleco's can add a bit of flash and panache to almost any community tank or planted aquarium.

Good filtration and a constant source of driftwood are both necessities for keeping this species. Their primary diet derives from the driftwood, but this can be supplemented with select, small amounts of veggies, algae wafers, or other suitable foods. A clown pleco also would not deny the occasional meat source, as well, like daphnia, bloodworms, or other similar offerings.

Reaching up to only 3.5 - 4 inches in length, the Clown Pleco stays fairly small and therefore won't outgrow your tank, either! It adapts well to many aquatic environmental conditions and tank mates as long as there is enough space and some driftwood to feed upon. The Panaqolus maccus is normally a very peaceful fish and will get along pretty much with any other community fish as long as they are not aggressive cichlids or large enough to eat the plecostomus. 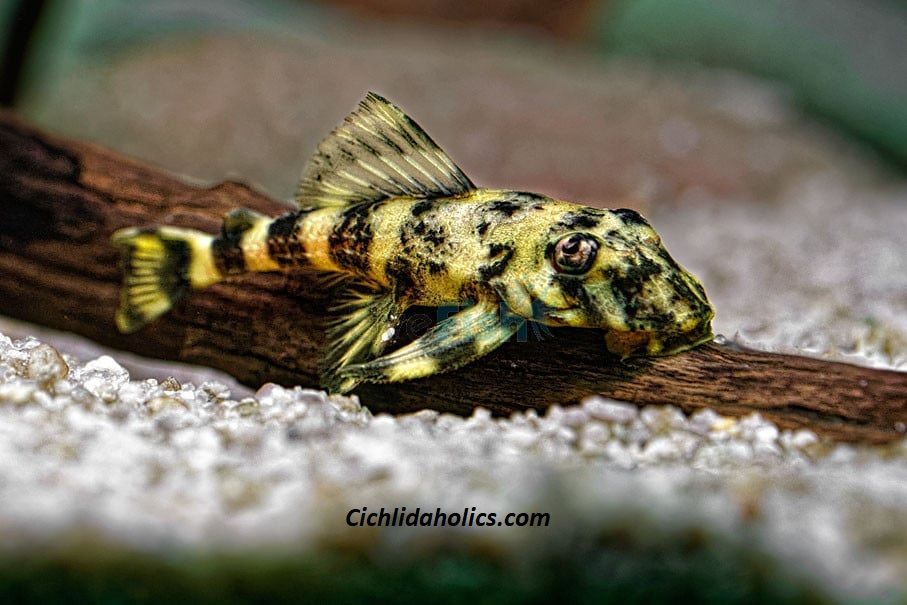